Azaan and the Egge

Azaan loves playing with the Egge when there is snow or ice on the ground.  When it is dry land, it doesn't move as quickly so it has less interest for her.  On dry land or grass, she seems to prefer playing with a soccer ball.  The Egge gives her some good exercise as it works her into a frenzy trying to "catch" it. 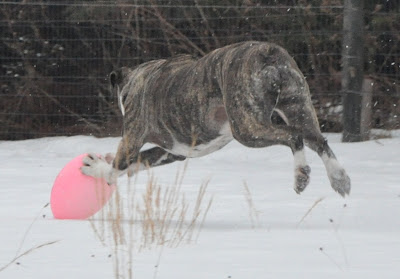 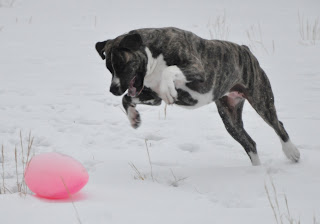 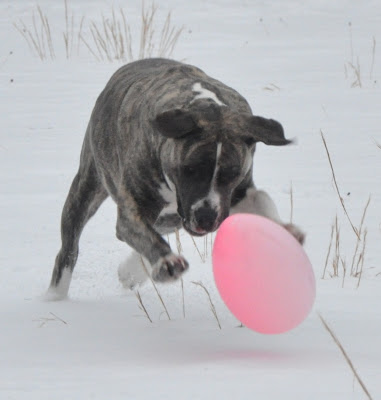 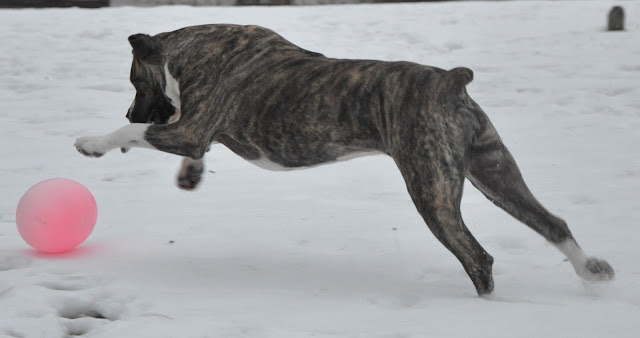 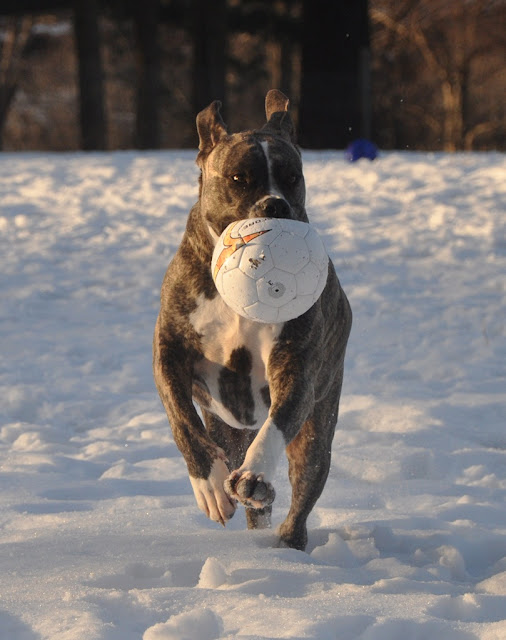 A friend from the Nitro Foundation sent this quote from Dr. Albert Schweitzer.  Based on my last post about a Boerboel breeder using an underage puppy in a breeding program for personal profit, I thought it was appropriate to add Dr. Schweitzer's quote to this blog.

“We must fight against the spirit of unconscious cruelty with which we treat the animals. Animals suffer as much as we do. True humanity does not allow us to impose such sufferings on them. It is our duty to make the whole world recognize it. Until we extend our circle of compassion to all living things, humanity will not find peace.”


For information on the capitalist breeder breeding puppies to produce puppies for financial profit, visit

I have written previously about why it is important to only purchase puppies out of breeding parents that are a minimum of 2 years old.  Many health problems don't rear their ugly head until this age, and further you cannot know the dog's temperament until it has reached maturity.
I was browsing the internet the other day, and found these shocking online classified ads advertising a stud dog for hire in the UK, Immer Moed Zion, owned and advertised by Zion Boerboels.  The puppy in question was only 10 months old when it was bred for the first time.  He turned 1 year old on January 31, 2011, and his first litter is due on February 11, 2011.  For those not inclined to do the math, the sire of this litter will be exactly 1 year and 10 days old when he becomes a father for the first time.
Since the ads may be taken down soon because of public outcry, I am taking the liberty of posting them here.  This is not a libelous action on my part, because I am only publishing what the breeder has already written, cut and pasted from the breeder's website and the Boerboel Club, Active Boerboel Club, that supports the breeder.  Needless to say, I would not recommend purchasing a Boerboel puppy from Zion Boerboels owned and operated by Karen Beattie and Adam McKendry.  Breeding from an underage dog tells us volumes about the breeder's motives -- cash, cash and more cash.  It is sad to see our pets used and abused in this manner:

This ad was posted on http://www.breedersonline.co.uk/, under Boerboel Stud Dogs (sic):

This screenshot is from the breeder's website, Zion Boerboels, advertising "planned" litters.  Note that the breeding bitch referenced, Zion Eva, is only about 7 months old at the time this was posted on the breeder's website and won't be 2 years old until 2012.  Jumping the gun a bit, wouldn't you say?

One day after the breeder stated the litter didn't take, I found another litter that is due from this stud puppy.  The dogs were bred in March, puppies due in May.  Hurry up!  The breeders need to line their pockets as fast as they can!!  They can't wait until the dogs are mature, money needed now!